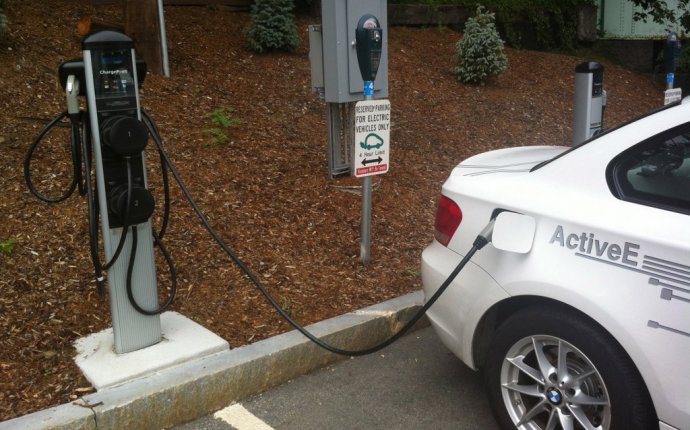 Your EV can be plugged right into a standard household or workplace outlet to charge, also known as Level 1 (110V, 15amps) charging. It can take up to 8-20 hours to fully charge an EV at Level 1.

Level 2 charging stations use a 240 volt system (similar to a clothes dryer plug) and can fully charge a vehicle from 0 per cent charge in about four to six hours.

If you received the provincial rebate on a purchased or leased EV you are eligible for a rebate on a Level 2 charging station.

Level 3 charging stations (also known as Direct Current Fast Chargers or DCFC) use a 480 volt system and can charge a vehicle to 80 per cent in about 30 minutes. These stations allow EV drivers to charge their vehicles about eight times faster than Level 2 charging stations, making longer trips more feasible for EV drivers.

New EVs can typically travel at least 100 kilometres on a single charge. Some battery EVs can go up to 160 kilometres on one charge, while plug-in hybrid electrics may travel more than 500 kilometres using a combination of battery and gasoline engine technology. The distance an EV can travel depends on:

EVs don't run out of charge unexpectedly. As with gasoline-powered vehicles, the dashboard display will indicate your level of charge so you can plan your trips accordingly.

How long does it take to charge?

Charging times vary depending on things like temperature, your current level of battery charge and your battery capacity:

On average cars are parked at home for up to 14 hours per day and at work for up to eight hours a day. All that time may be available for charging.

If you only have one hour you can charge for one hour and go - you don't need to charge to 100% all at once.

A typical plug-in hybrid EV will cost about $700 per year, or $1.92 per day for fuel (including gasoline and electricity costs). *

As EVs become increasingly popular among Ontarians, charging stations are being installed in residential, commercial and industrial locations across the province.