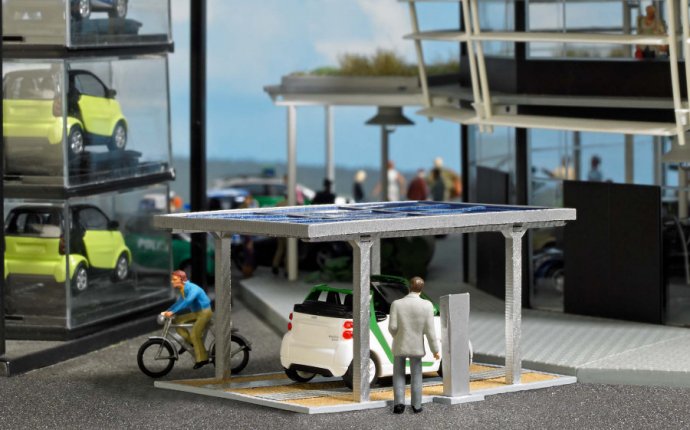 Facilities Management continues to expand its fleet of electric and hybrid vehicles which includes a number of EXV-2 model vehicles, a GEM, Chevy Volt and several Toyota Prius.

Charging an electric vehicle at the station takes about three hours and provides a 30-mile charge. One stall is used as an education resource and for experimental vehicle testing by the UI College of Engineering.

The south-facing 180-foot solar photovoltaic (PV) array generates an estimated 70, 000 kWh of energy annually - that allows for a projected reduction in gasoline use by 15, 686 gallons. It is also enough energy to recharge up to 40 campus utility vehicles on a sunny summer day or provide enough energy for seven average homes in Iowa for a year (a typical home uses 800 kWh per month).

The surplus power generated by the station will be distributed back to the UI power grid. The station supplies 120/240V of electricity and features a data network connection to the UI Energy Control Center for system tracking and analysis.

The cost of construction of the station was approximately $950, 000 and was funded by a coalition including the Office of Energy Independence, Department of Energy, UI Facilities Management, UI Office of Sustainability, and UI Parking & Transportation.