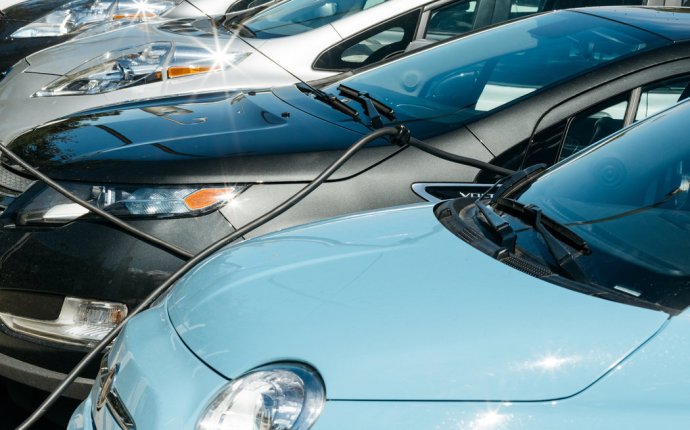 The biggest utility in California will soon learn whether it can install as many as 7, 600 electric vehicle charging stations, a controversial plan that would be the single largest deployment of plug-in spots in the country.

Pacific Gas & Electric Co.’s proposal would have ratepayers foot the $160 million cost. The utility would partner with charging companies but largely would build and maintain the infrastructure. PG&E would prioritize placements at workplaces and multifamily housing, including apartment buildings. A portion would go in disadvantaged neighborhoods.

The utility’s region stretches 70, 000 square miles from Humboldt County in Northern California to Bakersfield in the Central Valley. There are 5, 000 public chargers right now in PG&E’s territory. Supporters argue a shift is needed in the marketplace to get needed charging stations and attract more EV buyers, as the Golden States aims to cut the greenhouse gas emissions blamed for climate change.

Utilities need to get involved in charging to make EVs mainstream, said Max Baumhefner, an attorney for clean vehicles and fuels at the Natural Resources Defense Council.

“There’s a growing charging infrastructure gap, and a widening recognition that we won’t be able to fill it unless we have utility-scale investment, ” Baumhefner said. “It would help move the electric vehicle market beyond the suburbs, ” he added. Right now, “if you can’t plug in at home, you’re not going to buy a plug-in car.”

The California Public Utilities Commission (CPUC) must sign off on the plan. It could issue a proposed decision in the matter by Monday in order to vote on it at a Sept. 29 meeting. The agency could accept a settlement offer backed by PG&E and several supporters, pick a different option from a group of dissenters, or produce an entirely new blueprint.

PG&E’s proposal has won support from environmental organizations, automakers, labor unions and some in the charging business. A few charging companies remain opposed, saying it blocks competition and is too large. Two consumer groups also have concerns about the size and cost, as well as whether it actually would motivate purchases of plug-in cars.

“This is an experiment, and in our view it’s an oversized experiment, ” said Mindy Spatt, spokeswoman at consumer group the Utility Reform Network (TURN). “We don’t know that these stations will be used, or will increase EV adoption. If we’re using [PG&E] customer funds to answer those questions, we should certainly start small.”

The CPUC’s decision has wide implications, said Anne Smart, director of government relations and regulatory affairs at ChargePoint Inc., the world’s largest network of EV charging stations and an opponent of PG&E’s proposal.

“There are several states outside of California actively reviewing the utility role in electrification transportation, ” including Washington, Oregon, Nevada and Missouri, she said. Those places “will look toward California as precedent setting for the programs in their own states.”

The CPUC already has approved EV charging plans from the two other big utilities, under a directive from state law S.B. 350. It ordered the agency to get utilities to enact plans that would increase EV usage, indirectly helping cut petroleum use.