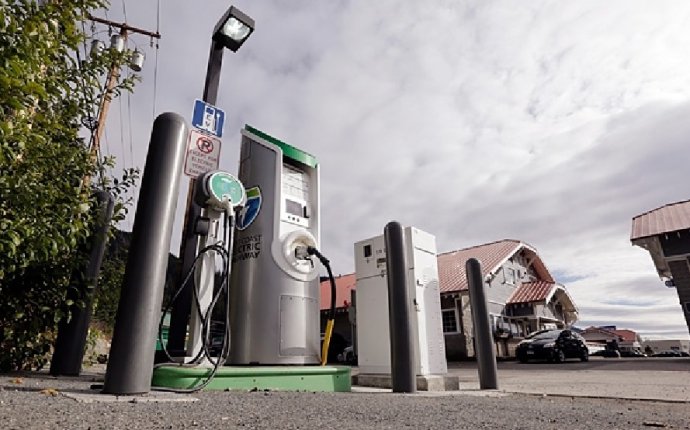 It’s been a big couple days for changing the way people travel to and from Capitol Hill. Last week, Mayor Ed Murray announced, a new city initiative to improve infrastructure for electric vehicles (or EV’s), electrifying the city’s own vehicle fleet, and continue Seattle’s ongoing conquest to cut carbon emissions and pollution from transit. And for current and aspiring electric car owners on Capitol Hill, the initiative brings good tidings of city investment in encouraging their green wheels.

“We will work with residents, transit agencies, and businesses to promote the use of Seattle City Light’s carbon neutral electricity to move around the city. Transportation is Seattle’s leading source of greenhouse gases and this plan will allow us to work aggressively to reduce climate impacts, ” Murray said in a statement.

The initiative has some high-reaching goals with three major components. The first is to “lead by example” and reduce carbon emissions from the city’s vehicle fleet by 50% through investing in more fuel efficient and all-electric vehicles and figuring out ways to cut car idle times. Then there is Murray’s stated goal to “enable and support the adoption of 15, 000 electric vehicles by 2025.” This, Murray says, will be achieved by tripling the number direct current (DC) rapid charging stations in the city for all electric vehicles— like the Nissan Leaf, the Mitsubishi i-MiEV series, and the famed Tesla—on both private and public property as well as exploring different ways the city can help finance and install residential home charging stations, starting with two pilot projects: an on-bill repayment system for the installation of residential charging stations and time-of-day-pricing for the actual charging.

All of these proposals are still in the conceptual phase. The city doesn’t have any hard numbers on either the cost of the various public investments — save for DC fast chargers, which are estimated to cost between $50, 000-$80, 000 for installation, operation and maintenance—nor the nuts-and-bolts technicalities of the proposed pilot projects.

But the city wants you to be stoked anyways in the meantime. “It is the most comprehensive plan that we know of to increase the electrification of our transportation system and to reduce carbon pollution, ” said Jessica Finn Coven, director of the city’s Office of Sustainability and Environment.

Seattle has been dubbed a electric vehicle hub in the past in both usage and infrastructure, especially when compared with other major U.S. cities. The International Council On Clean Transportation ranked Seattle as the fifth highest new electric vehicles sales share and the 3rd most extensive publicly accessible charging infrastructure (San Francisco, Atlanta, Los Angeles, and San Diego beat us out on both fronts). For Lee Colleton, a Beacon Hill resident, owner of a Nissan Leaf Mitsubishi i-MiEV and general electric car enthusiast, that’s a serious problem. He regularly drives from his home to the Hill to use the scattered DC fast chargers.

“We still have zero public electric car charging stations that are south of I-90 and east of I-5, ” he said. “They’re not evenly distributed throughout the city.”

The city is aware of this disparity, says Finn Coven. She says the Equity and Environment Steering Committee—a group of leaders and representatives from communities of color in Seattle which was established last spring when Murray launched his Equity and Environment initiative—will be examining the city’s eventual Drive Clean Seattle pilot projects and investment proposals through an equity lens and serving as a general advisory role. But Finn Coven says that placement of city financed chargers will come down to both the availability of public land and property owners willing to collaborate as well as area demand and site accessibility.

“It’s both demand and it’s accessibility. We want people to get to those chargers, we want people to know they’re there.” (It’s hard to gauge local demand for electric cars. The city doesn’t have any readily available data. Colleton says that there are about 50 active members of the Seattle Electric Vehicle association, a fraction of which are from Capitol Hill.)

Colleton didn’t used to have a driveway or garage to have a level 2 charging system installed, and had to either run an extension cord from his home to the curb where he parked to charge car overnight. He wants to see the city amend transportation codes to allow charging stations on public streets in the right of way.