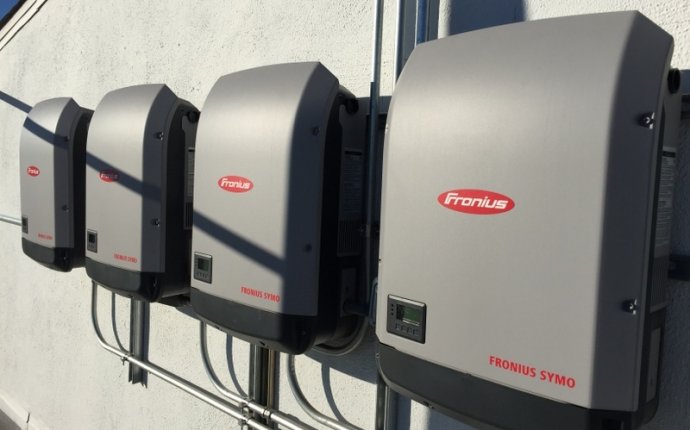 The first thing Desmond Wheatley tells me about his solar-powered EV car charging system is you don’t need great weather to make it work. “The highest concentration of photovoltaics anywhere in the world is in Germany, ” he says. “The weather is appalling in Germany. Raining, cloudy and gray all the time. And it works very well there.”

Cloudy and gray is a good description of San Francisco in the summer, but it's unusually sunny and clear the day Wheatley, the CEO of Envision Solar, was in town. He was here for EV Week, where he showed off the EV ARC. That's a much easier way of saying "Electric Vehicle Autonomous Renewable Charger." The system, which includes a pile of solar panels, a battery pack, and a 5.5-ton steel plate, is designed to generate and store electricity off the grid. That skirts many of the regulatory headaches that often accompany installing a conventional car charging station, but it comes with an enormous price tag that can be hard to justify.

The whole setup fits in the space of a standard 16-by-9-foot parking space. A small solar grid is attached to a steel plate that sits on the ground. The panels generate enough electricity each day to fully charge a lithium-ion battery pack that holds 22.5 kilowatt hours of electricity. That’s not enough to fully charge a Nissan Leaf (or most other battery EVs), but Wheatley says filling one car isn't the point. The idea is to allow several cars to "top off." If an EV ARC is erected in a company parking lot, workers could add just enough juice to get them back home, where they would plug in for the night. The device starts at $40, 000, but can reach $55, 000 if you choose higher grade modules that will perform better in less sunny climes. A 45- or 60-inch screen can display ads (a contribution to urban blight, Wheatley says, but one that's well worth the tradeoff) to offset costs.

Many solar power generators move through the day, optimizing their position as the sun moves. Because the EV ARC has to stay within the confines of a parking space, Envision developed electric motors to tilt the array 15 degrees in three directions, so it can be angled east at sunrise, then south, then west.

“Charging infrastructure will be ubiquitous. It’s my mission to make sure that it’s all renewably energized.”

It doesn’t need a foundation dug into the ground because the steel plate weighs 11, 000 pounds, enough to keep the EV ARC grounded in winds up to 120 mph (a Category 3 hurricane). The bottom of the plate is coated with a high-traction material similar to what’s on your sneakers, so it doesn’t move as cars roll on and off. It also absorbs slight variations in grade, so if the ground is slightly titled or a little uneven, it’s not a problem.

That ballast, Wheatley says, is “the dumbest part of this thing, and at the same time, it’s the greatest part of the innovation.” That bulk, and the battery storage, is what unties the EV Arc from the grid and makes it so easy to set up. Envision promises an installation time of five minutes—just long enough for a truck to put the thing down and drive away.

Not so, says EV advocate Chelsea Sexton, who has served as a consultant to many automakers and EV startups. She says installing a conventional charger connected to the grid “will almost always be cheaper” than Envision’s product. “The 40 grand is just huge, ” especially when you consider the liability of having the setup above ground, where a car could hit it. If the EV ARC is cheaper than installing a regular charger, she argues, you should rethink your choice of location. And if you really want solar power, put panels on your roof. The electricity they generate will go into the grid, not directly into your car, but the difference is inconsequential, since you're still replacing power generated by burning coal.

Beyond the (significant) question of cost, Envision’s longterm plan for the EV ARC includes a fundamental change in how we think about refueling our cars. The idea of building a network of DC Fast Charging stations (like Tesla’s proprietary Superchargers) is “silly, ” Wheatley says, because it's based on the way we gas up engine-powered cars. It's a "gorging" mentality, when an electric vehicle calls for a "grazing" mentality advocated often call "opportunistic charging." Eventually, you’ll charge our cars the way you charge your phone: while you sleep or work, and just about anytime you don’t need it in your hand. That has “become part of our cultural norm, ” Wheatley says.

“The problem is we’ve got 100 years of cultural norm that says I must be able to pull over somewhere, and I must be able to fuel in three to five minutes. That’s what we’ve all be ingrained to think. I’m convinced that today’s children will think it’s hilarious that we ever pulled off the highway to charge.” And, he argues, electric cars will eventually offer enough range to cover a distance anyone would want to drive without stopping to sleep, except the most energy drink-fueled college students. “Charging infrastructure will be ubiquitous. It’s my mission to make sure that it’s all renewably energized.”

Wheatley claims Envision is selling “quite a lot” of EV ARC units, mostly to corporate campuses and municipalities. Various grants and tax deductions can drive the price down by as much as 40 percent, he says, and Envision will lease the unit for $700 a month. (Sexton notes, “The eternal question is, ‘What happens when the subsidies go away?’”)

On top of Envision’s innovations, Wheatley says improvements in solar and battery technology make the EV ARC commercially viable. Solar panels are steadily becoming more efficient, converting more and more of the sun’s energy into usable electricity. The lithium ion batteries Envision buys are now compact, reliable, and inexpensive enough to make energy storage work, and are getting more so. A thermal management system developed by Chicago-based AllCell makes those batteries work better in a wide range of temperatures. Those trends shouldn’t reverse any time soon, and that’s good news for Envision, Wheatley says. “My product just gets better and better and cheaper and cheaper, every year.”