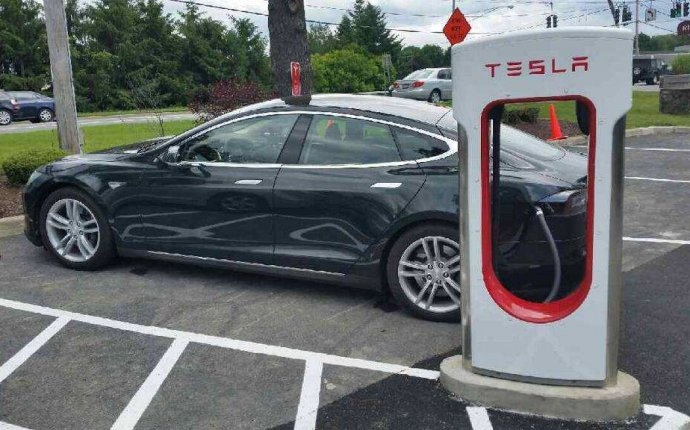 When it comes to electric vehicles becoming the norm, many people scoff at the idea of having to plug in their cars and wait around for the batteries to recharge. But Tesla CEO Elon Musk may have a solution in the form of a next-gen Supercharger capable of recharging a Tesla vehicle battery in mere seconds. Over the weekend, Musk hinted (on Twitter, of course) that the Supercharger V3 would serve up at least 350 kW, which is more than twice the output of current Superchargers on the Tesla network.

The teasing began when another Twitter user asked Tesla‘s head idea man when solar panels would be installed on the existing Supercharger stations, to which Musk said, “There are some installed already, but full rollout really needs Supercharger V3 and Powerpack V2, plus SolarCity. Pieces now in place.” When Electrek writer Fred Lambert wondered whether the V3 chargers would hit the 350 kW mark, Musk laughed it off, implying he may have something even more powerful in mind. “A mere 350 kW … what are you referring to, a children’s toy?” Musk tweeted in response.

Tesla’s current Superchargers are already the fastest electric car battery-charging units on the planet, capable of recharging a car battery in minutes rather than hours, but there is always room for improvement. The current Superchargers top out at 150 kW, so if V3 can offer up 350 kW (or more, as Musk may have been suggesting), Tesla drivers won’t have to wait around while their car batteries get juiced up. Instead, the new Superchargers could potentially be capable of charging the batteries in just a few seconds, a practice recently named “flash charging.” If such charging speeds could be obtained without sacrificing performance, Tesla drivers will be able to recoup tons of time, especially on long-distance journeys.

And, if the Supercharger V3 is installed at stations across the US, a cross-country Tesla road trip will be even faster. Given how eager some Tesla drivers are to set records, we bet it will only take a few days after the install until someone beats the current coast-to-coast record.