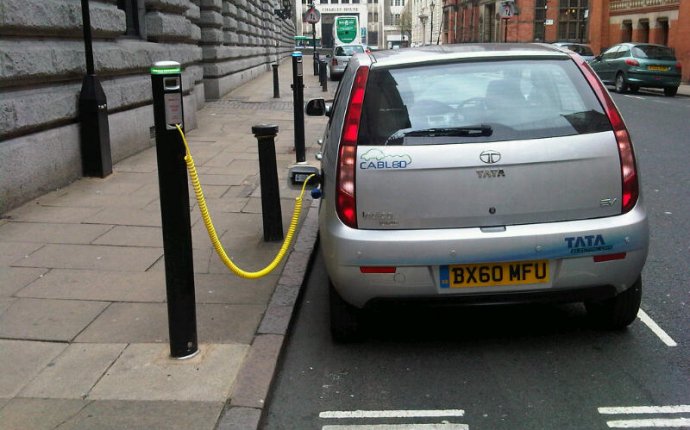 Nissan predicts the number of public EV charging locations in the UK will grow from 4, 100 to 7, 900 by 2020. Photograph: Kenny Williamson/Alamy

Public electric vehicle (EV) charge points will outnumber petrol stations in the UK by the end of the decade, marking a potential tipping point in the adoption of zero emission vehicles.

That is the conclusion of a new analysis by auto giant and EV manufacturer Nissan, which argues that based on current trends EV charge points will overtake traditional petrol stations by August 2020.

The report found that there were 8, 472 traditional fuel stations in the UK at the end of last year, representing a steady decline from the 37, 539 recorded in 1970. Based on the rate of decline in recent decades the number of petrol stations is likely to fall to under 7, 870 by summer 2020, Nissan said.

In contrast, the UK’s EV charging network is expanding fast and plans are underway to accelerate its growth further over the coming years. As such, Nissan predicts the number of public EV charging locations will reach 7, 900 by August 2020, although it adds that “accelerating adoption of electric vehicles means this crossover could happen a lot sooner”.

The report notes that there are now 4, 100 public EV charging locations in the UK, representing rapid expansion given there were only a few hundred as recently as 2011. In contrast, more than 75% of traditional petrol stations have closed in the last 40 years.

The rapid expansion of the EV charging network is being driven by both ambitious plans from operators and the growth in the market for electric cars and vans.

EVs continue to account for a small fraction of the auto market, but demand is growing fast with the most recent industry figures showing more than 115 electric cars were registered every day in the first quarter of 2016, equivalent to one every 13 minutes.

“As electric vehicle sales take off, the charging infrastructure is keeping pace and paving the way for convenient all-electric driving, ” said Edward Jones, EV manager at Nissan Motor (GB) Ltd. “Combine that with constant improvements in our battery performance and we believe the tipping point for mass EV uptake is upon us.

“As with similar breakthrough technologies, the adoption of electric vehicles should follow an ‘S-curve’ of demand. A gradual uptake from early adopters accelerates to a groundswell of consumers buying electric vehicles just as they would any other powertrain.”