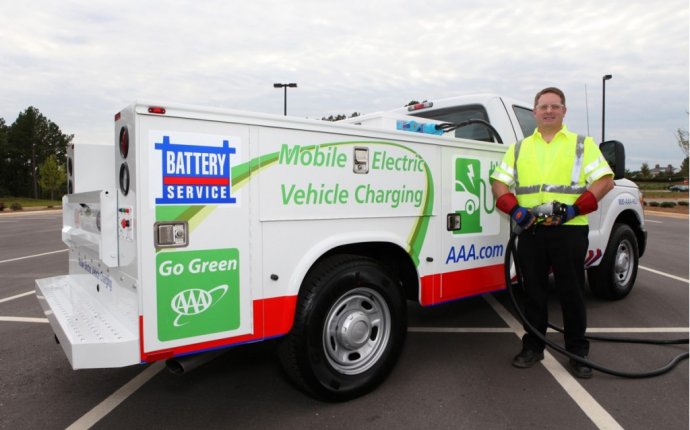 AAA has a little-known program for which it equipped trucks with Level 2 AC chargers, and even some with a CHAdeMO DC fast charger powered by onboard generators, in order to help electric vehicle drivers stranded without power.

The service, which is only offered in a few of AAA’s markets, aimed at addressing the often talked about issues with “range anxiety”, but as most EV drivers know, range anxiety doesn’t really exist with vigilant power management. Nonetheless, the service has seen “thousands” of service calls according to AAA. Unsurprisingly, the number is dwarfed by the ~500, 000 assistance requests AAA received last year from drivers who ran out of gas. Greg Brannon, AAA director of automotive engineering and industry relations, told Car and Driver:

“It seems that folks who drive an electric vehicle are very aware of the range of that electric vehicle. Our feeling is that they keep a pretty close eye on it and manage their drive accordingly—much more so than a driver of a gasoline vehicle.”

AAA has been ahead of the curve with its emergency electric vehicle charging service, which has been available since 2011. Seeing EVs as the future, the organization is sticking with the program despite the relatively low number of service calls.

The non-profit member service organization is starting by making the service available in areas where electric vehicles are more popular. It’s currently available in Portland, Seattle, San Francisco, Los Angeles, Denver, Phoenix, and Orlando. Several trucks equipped with the onboard charger are made available in each market.