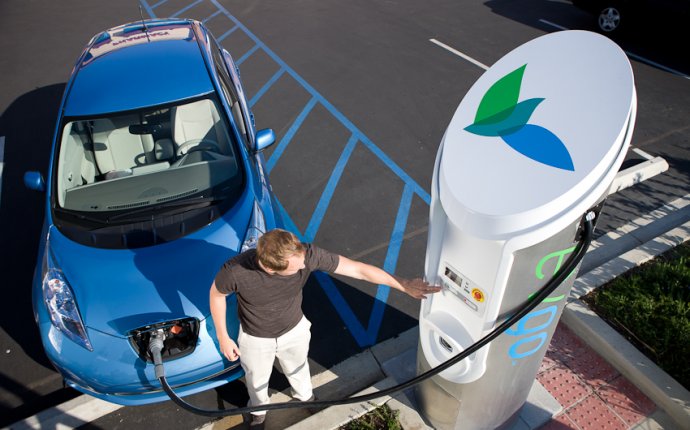 But for those who want to see the best of the country’s nature without polluting the air, the National Park Service announced on Wednesday that it will install up to 100 electric car chargers in parks across the nation.

The project is a joint effort between the National Park Service, the National Park Foundation, BMW and the Department of Energy. The partnership kicked off Wednesday with the installation of a charging station at Thomas Edison National Historic Park in West Orange, New Jersey. Organizers behind the project wanted to evoke the spirit of Edison who himself developed an electric car at his laboratory in 1912.

“Together with our partners, I hope that we can channel a little of Edison’s spirit and, in the same way that he made electric power widely available, make electric vehicle charging more widely available for everyone, ” Ludwig Willisch, head of BMW Group Region Americas, said in a statement.

The charging stations will be installed in other parks across the nation through 2018. Next up will be a station in Gettysburg National Military Park. A spokesperson for the National Parks Foundation told Travel + Leisure that they are also exploring parks in southern Florida, the Pacific Northwest and California.

Although installation of the actual charging stations is fairly quick, the process of selecting sites (which involves reviewing the area, designing the station and applying for permits and compliance) can take anywhere from 60 days to six months.

Parks will be selected based on how many people already have electric vehicles in the area, how many charging stations are nearby and “natural and cultural landscape considerations, ” according to a press release.

The National Park Service hopes that the new charging stations, installed with assistance from the Department of Energy’s Clean Cities program, will encourage more people to visit the parks while also assisting “gateway communities.”