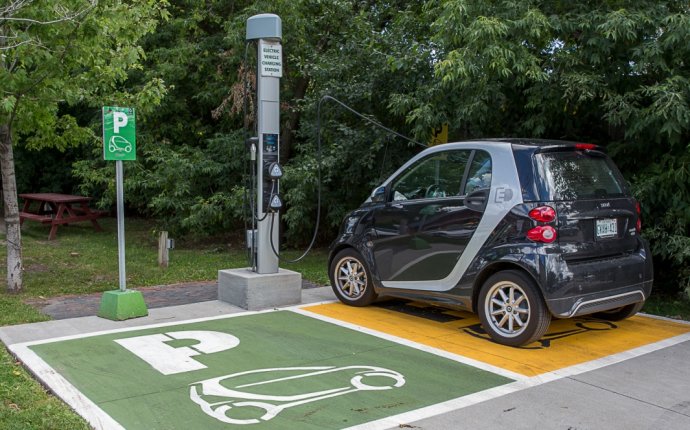 TORONTO – Ontario’s Liberal government will miss its self-imposed deadline of the end of this month to have a network of nearly 500 electric vehicle charging stations up and running.

Ministry of Transportation officials say about two-thirds of the stations will be live by Friday.

The government made the commitment last year, but has run into a few problems with about one-third of the network, said Transportation Minister Steven Del Duca.

“Some of our partners have experienced delays with respect to some of the permitting processes that are required, some technical adjustments that weren’t anticipated.”

“So they’re all working hard, the ministry is in fairly regular contact with them and we anticipate that the balance of those chargers will be in place by the fall, ” he said.

Ontario is putting $20 million into the charging stations to help address so-called range anxiety, an often-cited barrier to people purchasing electric vehicles because they worry about the distance the vehicle can travel.

“You shouldn’t be making these promises if you can’t fulfil them, that’s the bottom line, ” she said. “Let’s be realistic with what you’re able to achieve.” “I think the focus for (Premier) Kathleen Wynne was handing out $14, 000 rebates to owners of Teslas, while they really should have been focusing their time and energy on ensuring that the infrastructure for electric vehicles has actually been rolled out, ” said Michael Harris.

“I think the No. 1 thing that people ask when they buy an electric vehicle is, ‘Am I going to get from A to B and is there infrastructure out there to allow me to do that?'”

The government introduced maximum rebates for electric vehicles last year, but in February it removed a $3, 000 cap for vehicles that cost between $75, 000 and $150, 000. That means that buyers of vehicles in that price range, such as new Tesla models, are now entitled to the full rebates of up to $14, 000 — the same rebates available to lower-cost electric vehicles.

The almost 500 charging stations planned for the province include about 300 Level 2 chargers, which fully power up a vehicle in about four to six hours, and about 200 Level 3 chargers, which charge a vehicle to 80 per cent in about half an hour.

Del Duca said a map on the ministry’s website showing where the charging stations are installed should be updated in the next few days.