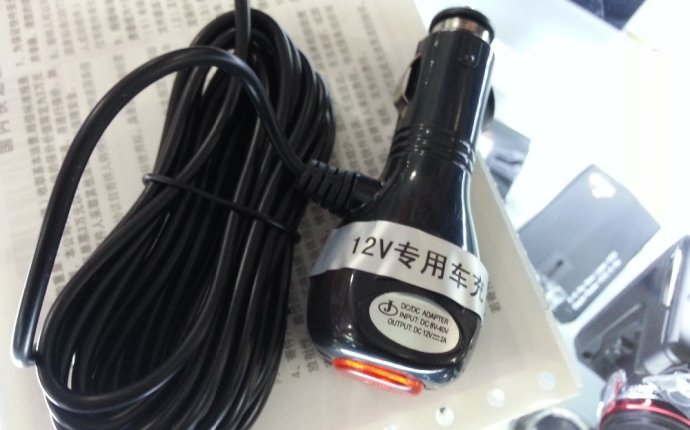 The 12V socket, also known variously as a car cigarette lighter or 12V auxiliary power outlet, is the primary method by which power is delivered to portable electronics in cars, trucks, boats, and a handful of other contexts. While these sockets were originally designed to heat up cigarette lighters, they quickly gained popularity as a de facto automotive electrical outlet.

Today, it is possible to power anything from a cutting edge phone or tablet computer to a tire compressor with the same exact socket that was once used only as a car cigarette lighter.

Some vehicles come with multiple sockets for the express purpose of powering multiple accessory devices, although it is uncommon for more than one to be capable of accepting a cigarette lighter. Accordingly, the specifications for these power sockets that are contained in ANSI/SAE J563 include two variants: one that works with cigarette lighters and one that doesn’t.

The History of Automotive Accessory Power

When the first automobiles hit the road, the idea of an automotive electrical system didn't exist yet. In fact, the first cars didn’t even include electrical systems of any kind. Since they used magnetos to provide a spark, just like your lawnmower does today, and lighting (if any was included at all) was provided by either gas or kerosene lamps, an electrical system simply wasn’t required.

The first automotive electrical systems made use of DC generators, which (unlike modern alternators) didn’t require any voltage input to operate.

These generators were belt-driven (just like modern alternators), and they provided the necessary DC power to run accessories like lights. With the addition of lead acid batteries, it suddenly became possible to add other “accessories” that we take for granted today — like electric starter motors.

Although early electrical systems that included both a DC generator and a lead acid battery technically made electrical accessories possible, the widely variable voltage produced by these generators created issues.

Mechanical devices were used to regulate the voltage, but automotive electrical systems didn’t arrive in the modern era until the introduction of alternators.

Unlike generators, the alternators found in modern cars and trucks produce alternating current, which is converted into direct current to charge the battery and provide accessory power. Although this type of electrical system still doesn't provide entirely uniform voltage, the voltage output does remain relatively steady regardless of how fast the alternator is spinning, which was a key factor in the rise of the car cigarette lighter as a de facto DC power outlet.

Cigarette lighter, along with lights and radios, were among the first accessories to take advantage of early automotive electrical systems, and they started to appear as OEM options by about 1925. These early cigarette lighters used a “coil and reel” system, but it was the so-called “wireless” cigarette lighter that would eventually become the de facto automotive (and marine) power socket.

Although they weren’t originally designed with this purpose in mind, car cigarette lighters provided an opportunity that was simply too good to pass up.

Since the actual lighter portion was removable once the coil-and-reel version fell out of use, the receptacle itself provided easy access to power and ground. That allowed for the development of a power plug that could be inserted and removed with no need to permanently wire an accessory into the electrical system of a car.

The ANSI/SAE J563 specification was developed to ensure compatibility between cigarette lighter receptacles and 12V power plugs made by different manufacturers. According to the specification, the cylinder portion of a 12V socket has to be connected to a negative (which is battery ground in most automotive systems), while the center contact point is connected to positive.

The biggest issue with using a car cigarette lighter receptacle as a 12V socket is the size (inner diameter and depth) of the receptacle itself. Since there is some variation in the size of a receptacle (sometimes referred to as a can), 12V power plugs typically have spring-loaded contacts. That allows them to maintain electrical contact within a given range of tolerances, but it also means that the plug may lose electrical contact from time to time.

Another issue with using an automotive 12V socket is related to the way that automotive electrical systems work. Although modern alternators are capable of maintaining a relatively uniform voltage output, the normal operation does allow for a range of output voltages. With that in mind, all automotive electrical accessories have to be capable of running on roughly 9-14V DC. In many cases, a built-in DC to DC converter is used to convert the variable input voltage to a steady output voltage on the fly.

Could the Car Cigarette Lighter Be Replaced?

The issue is that even if people aren't using car cigarette lighters for the purpose that they were originally designed, far too many portable devices rely on the technology as a de facto power source to ditch it altogether. USB may prove an acceptable replacement since so many portable devices use USB already, but it's already extremely simple to just plug a USB charger into a car cigarette lighter and call it a day.