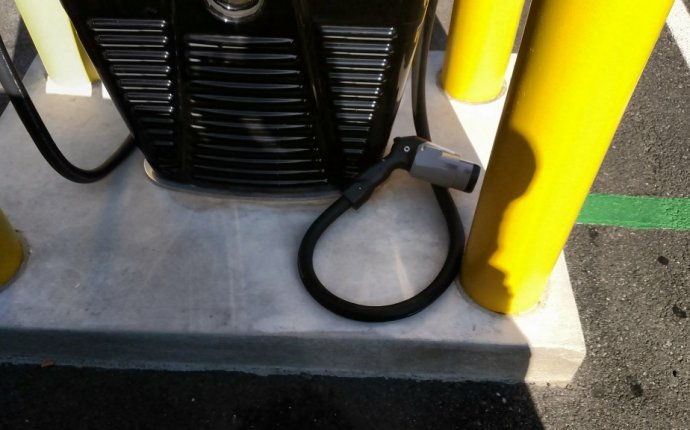 The Lynwood city manager said the city will be first among the lower-income gateway cities hugging the polluted 710 Freeway corridor to invest in electrified transportation.

“We are so outside the box now, ” Martinez said. “I want to bring to our community more zero emission vehicles.”

Lynwood is one of 50 sites that are committed to adding charging stations under a new Edison program that attacks the chicken and egg problem by paying for the infrastructure: Not many people will buy electric cars if there are not enough charging stations.

In mid-March, EV owners will be able to charge their plug-in cars at Lynwood City Hall, including those who drive partial electric vehicles, which contain small gas tanks.

Of the first 50, three are under construction and three others are scheduled to break ground shortly, Griffo said, including an installation at the Ontario Convention Center. Others include work places such as hospitals and school sites and a condominium complex, said Leah Moreno, electric transportation manager for SCE.

“Our program is trying to reach customers at away-from-home locations, ” such as workplaces, said Laura Renger, SCE’s principal manager of air and climate policy. Ports inside condo garages will help on the other end of the commute, she said.

Edison’s Charge-Ready program gives incentives for entities in low-income or “disadvantaged communities, ” said Paul Griffo, SCE spokesman. The program is part of a statewide attempt to put electric cars and public charging stations into these communities, countering a trend of higher numbers of both EVs and charging stations in upper middle class areas of Southern California.

Martinez said the charging will be free for about three months, at which point the Lynwood City Council will decide on what rate to charge users. The city is considering charging 95 cents per hour of charging. A typical EV can charge up to 80 percent in three to four hours.

The city has ordered six new Nissan Leafs, an all-electric car that can travel 107 miles between charge-ups for use by code enforcement and other city employees. They will retire gas-guzzling models that pollute the air, city officials said.

Today, the number of electric cars make up only a fraction of those on the road, less than 200, 000 of the state’s 13 million registered vehicles. California has a goal of 1.5 million electric, zero-emission, electric cars on the road by 2025 for an 80 percent reduction in carbon pollution from the transportation sector by 2050. Electric cars reduce greenhouse gases, which cause global climate change, and produce zero smog-forming emissions, eliminating such tailpipe gases as nitrogen oxides, which cause lung disease and premature death.

About 22 percent of SCE’s power is from renewable energy sources, and the investor-owned utility says it can reach 50 percent by 2030.