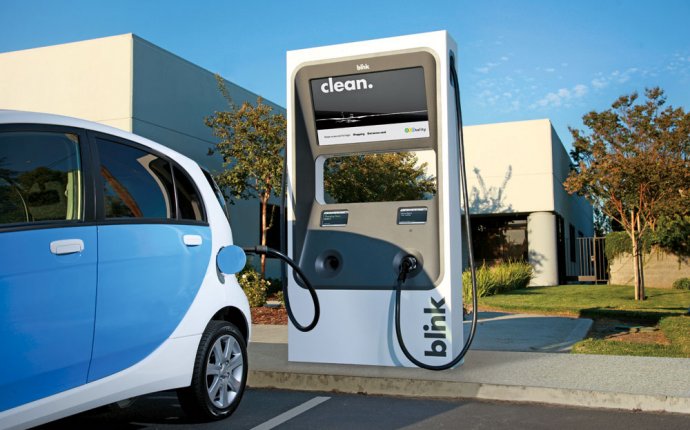 According to most green technology experts, the scarcity of convenient public charging stations is one of the largest barriers to widespread adoption of electric cars. Until that problem is solved, early adopters must either plan their routes to overlap with charging stations using an app like PlugShare, or find a way to bring the charging station with them.

Rick Hesel, a principal at Baltimore’s Art and Science Group and electric car enthusiast, decided to develop his own portable charging station in 2012. He decided that the easiest option would be to customize an existing product instead of building something new from the ground up. When he brought his project to Reliance Foundry, we were intrigued.

Rick’s technical resourcefulness has led to what may be one of the most unique and “green” uses of a Reliance Foundry bollard cover ever.

“I've read all the science on climate change, and I'm convinced if we don't get off our addiction to fossil fuels, the consequences will be dreadful for our children and grandchildren”, said Hesel. “So, each of us has to do our small part and driving an electric car is mine.”

Rick’s first electric car was a Chevrolet Volt. To accommodate it, he had an electrician run an electric line underground from the breaker box in his house to a curbside connection. Not content with the bear-bones design, Rick soon began experimenting and developing innovative plastic bollard systems to house and protect the charging equipment. Electric cars are recharged through a 240-volt socket. These outlets are usually housed in devices that look like bollards, and they are available for public use in a limited network that runs throughout the United States. However, charging units installed at residential addresses are generally no more than curb-side outlets that leave mechanical and electric components exposed.

Rick’s first attempt at a charging station, made from PVC pipe.

“I did some pretty extensive research on the web about bollards and bollard covers; that's how I found Reliance”, said Hesel. “On that basis, I concluded [Reliance] had superior products. Their web site also had extensive technical data about the products, which sealed the deal for me.”

What Rick needed to solve the challenge of the exposed connector was a plastic bollard cover. Rick selected Reliance Foundry’s model R-7120 plastic post cover, which has a 9-3/8 inch diameter and a 72 inch height. Since Rick’s receptacle was only 36 inches high, Reliance Foundry trimmed it for free, and sent a cut-off piece that enabled allowed Rick to construct the cover door for the connector.

During the time he was developing his upgraded charging station, Rick decided to buy yet another electric car, and ordered a multi-coat red P85 Tesla. Changing to the Tesla meant he had to make some changes in his charging bollard design also. After a month of working weekends on the project, Rick finished what he called his “Tesla station”. The entire unit is waterproof and safe. It uses a Hubbell 3 pole, 4 wire plug to connect the charging bollard to the outlet, which is located at the bottom of the bollard. When not in use, the entire unit can be moved indoors. For fun, Rick ordered a Tesla logo for the top of the bollard and added red accenting stripes. Tesla enthusiasts hailed his accomplishment with such accolades as “way cool!” and “awesome!”.

Rick’s charging bollard looks so good that many people ask if he plans to market his design. “As far as patenting this; it's probably not possible” says Rick. “I urge readers to use their imagination and take risks with invention. It usually yields totally unique results, like my custom Tesla charging station. It likely will be the only one in existence, and it was great fun to do”.

Bollard covers are easy to customize

Reliance Foundry Co. Ltd. delivers the highest-quality stock and custom-designed products for architectural site furnishings, traffic management and industrial applications. Since 1925, Reliance Foundry has built upon a long tradition of metal casting expertise to become an award-winning supplier for high-profile and everyday needs across North America.