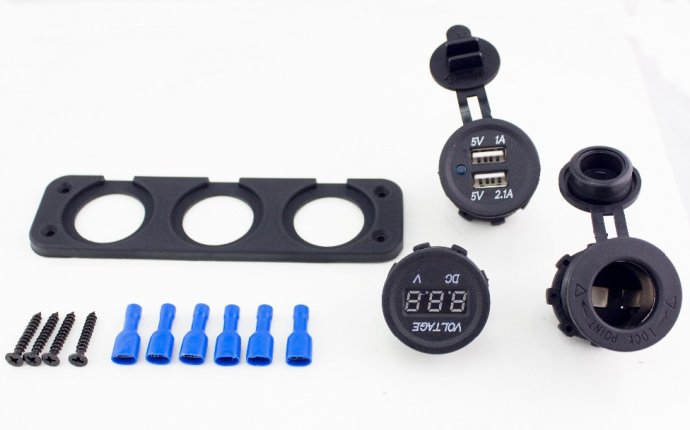 And all you have to do is park your vehicle on top of it.

The research is the first step in creating a 50KW wireless charging system that may someday allow roadways to charge vehicles while they are being driven.

ORNL said the 20KW charging system for passenger cars is the world's highest power wireless system. It was developed in less than three years using a "unique architecture that included an ORNL-built inverter, isolation transformer, vehicle-side electronics and coupling technologies."

For the demonstration, researchers integrated the single-converter system into an electric Toyota RAV4 equipped with an additional 10KW-hour battery. Toyota also supplied a Scion and a plug-in Prius for the tests.

"The charging time really depends on the battery capacity of the vehicle. For example, if the vehicle has a 10KWh battery pack (like the Chevy Volt), it could be charged in 30 minutes with a 20KW charger, " said Omer Onar, a lead researcher with the ORNL's Electrical & Electronic Systems Research Division.

Researchers at the Oak Ridge National Laboratory demonstrate how wireless charging for an electric vehicle works.

Therefore, practically, a 10KWh (kilowatt hours) battery can be charged in 18 minutes. In another example, a Nissan Leaf has about 20KWh capacity. Assuming the same state of charge window, it would take about 36 minutes to charge a Leaf from 20% to 80% state-of-charge (20KWh*60%/20KW = 36 minutes). Similar math can be done for other vehicles with different sizes of battery packs, Onar said.

The ORNL researchers are already looking ahead to their next target of 50KW wireless charging, which would match the power levels of commercially available plug-in quick chargers, they said. By comparison, a Tesla Supercharger can replenish half the battery capacity in a Model S sedan - most of which use a 70kWh battery - in as little as little as 20 minutes, which offers a 170-mile driving range. Tesla vehicles, however, have larger batteries that can take the 120KW current from a Supercharger. Most other vehicles, including the Chevrolet Volt and Spark, Nissan Leaf, Toyota Prius plug-in, and the Fiat 500e, cannot use a Supercharger due to the maximum battery voltage and current limits, Onar said.

However, the ORNL's 20KW wireless charger would take 3 hours to charge a Model S with a 70KWh battery pack, Onar said.

Providing the same speed with the convenience of wireless charging could increase consumer acceptance of electric vehicles and is considered a key enabler for hands-free, autonomous vehicles, ORNL said in a statement. Higher power levels are also essential for running larger vehicles, such as trucks and buses.

"Wireless power transfer is a paradigm shift in electric vehicle charging that offers the consumer an autonomous, safe, efficient and convenient option to plug-in charging, " said David Smith, vehicle systems program manager for the ORNL. "The technology demonstrated today is a stepping stone toward electrified roadways where vehicles could charge on the go."

With ORNL's current 20KW charging system, about 37.5% of each one mile road segment (assuming 50 mph constant speed) would have to emit wireless power in order to drive your electric vehicle in a charge-sustaining mode.

"All the energy you receive from the in-motion charging system is consumed for the traction of the vehicle at constant speed, " Onar said. "For roadway charging systems, we are targeting 100KW peak power which would require covering 7.5% of each one mile road segment to drive in charge sustaining mode."

Evatran is taking reservations on a 3.6KW system for the second-generation Chevrolet Volt (2016, 2017) and a 7.2KW system for the Tesla Model S, according to Steve Cummings, senior manager of brand and marketing strategy at Evatran.

The DOE researchers claim their wireless charging system has achieved 95% efficiency, meaning only 5% of the electricity is lost from the source to the car's lithium ion battery system; it is typical, even for plug-in systems, to lose as much power in the charging process.

"The technology is highly efficient. It's actually very close to the conventional onboard charging efficiencies. So we're not losing or wasting any energy, " Onar said.

Meanwhile, Watertown, Mass.-based WiTricity has demonstrated its own wireless charging system capable of transmitting 11KW of power to an EV.

"As much power as you can draw from your home, we're able to deliver wirelessly and more efficiently than even plugging the car in, " said WiTricity CEO Alex Gruzen.

WiTricity has licensed its wireless charging technology to Dell, which is developing its own wireless-charging pad for laptops.

WiTricity is also licensing to laptop makers, such as Dell, wireless-charging mats that can supply 30 watts of power.

"You just drop your notebook on your desk and you're charging, " Gruzen said. "What's unique about our technology is our goal to eliminate the cord but not introduce new compromises such as the speed of charging."

The wireless-charging technology from WiTricity adheres to the Rezence specification, which was developed by the Alliance for Wireless Power (A4WP). The specification has been adopted by some of the leading mobile chip makers, including Intel, as well as mobile phone manufacturers and other key industry players.

WiTricity's main competitors are companies such as Duracell, with its Powermat technology, as well as products that carry the Wireless Power Consortium's Qi certification.

WiTricity has also built its own wireless power transmission IC chip, which is manufactured by a third-party fabrication plant. Gruzen sees a day when wireless charging will not only be more convenient but necessary.

For example, the adoption of autonomous vehicles will require wireless charging for EVs, according to Gruzen.

"That is a space where the whole market is going to come our way. When you have a Lift or an Uber array of autonomous vehicles driving around ... there's nobody to plug them in, " Gruzen said. "Even Tesla, that has touted this summon features that allows a car to park in or leave a garage, well, there's no one there to plug it in."