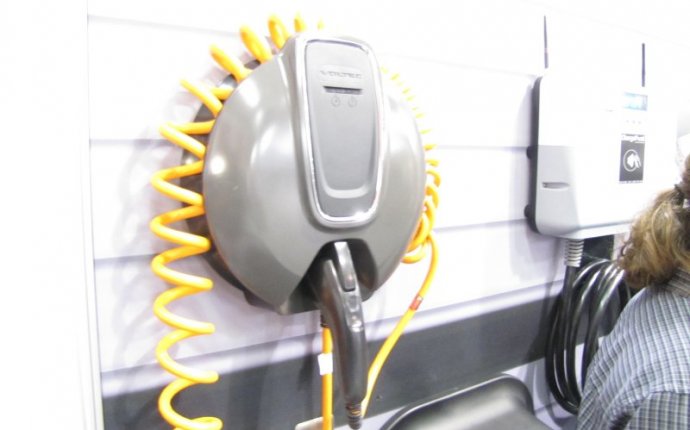 After draining the Volt battery completely on day 2 and doing some driving on the ICE ‘backup’, I plugged in my Aerovironment TurboCord 110V AC charger at around 8PM. To my surprise, the Volt wasn’t completely charged in the morning. In fact, it was telling me I’d have to wait until after 2PM to be fully charged.

WTF. The math didn’t work. You can usually expect to get around 4+ miles per hour of charge out of a typical 110V outlet and Chevy says you can fully charge on Level 1 in under 13 hours. I had the Volt plugged for over 12 hours which should have all but filled the battery. The problem?

Chevy defaults you to 8 amps rather than the normal 12 amps in the charge limit preference within settings. I’m trying to understand why they’d do that but in the meantime, I set it to 12 amps which should fill the 53 miles of range up in a normal 8pm/8am evening. That’s exactly what you want.

Chevy of course includes a Level 1 charger in the Volt which will get you from 0-53 miles in about 12-13 hours. I think that should be fine for most people. If your daily commute is over 25 miles however and your workplace allows, you can pop in another level 1 charger or better yet a level 2 charger. My wife simply brings her charger with her to work and plugs into a normal 110V outlet. In an 8 hour workday, she can theoretically put on over 32 miles of charge – meaning you could get over 85 miles of EV commuting range this way. Add/subtract 4 miles per hour of work.

With a level 2 charger at work, you could drive over 50 miles to and from work and never use any gas (unless weather conditions got bad).

Speaking of weather, with temperatures going over 90 this week in New York and intermittent showers, I got to test the Volt in some “extreme” conditions. I can say the Volt air conditioner kept up with a full car of people and 90 degree weather without any meaningful loss of range or power on EV mode. Even in the rain at night, the wipers and tires kept us on the road and with a clear view of the road.

And while we’re on chargers, I thought I’d show you the very convenient little area in the trunk where the Volt’s portable charger lives. While I like the location of the charger, I’ll admit the door is a little flimsy for something that many people will use every day. The mechanism is something like where you’d hide a tire jack or a first aid kit. I imagine after a few hundred uses, this door isn’t going to stay closed. Also this charger is a little bit bulky – it dwarfs the size of the Aerovironment TurboCord which also does Level 2 charging (and am starting to realize is the perfect charger for this Volt).

If you lift the floor mat in the trunk, you are face to face with some of the Volt’s 12V electrical interfaces. You’ve got the traditional 12V lead acid battery and fuse box for cabin electronics. This is a totally separate subsystem to the higher voltage electric drive train. If I had this space to redesign, I would move the tire inflator to the right side, eliminate the styrofoam/replace with higher grade plastic and use the rest of the space for the charger and maybe a 50-ft extension cord. That would also free up some space where the charger cord currently lives.

I complained previously about the space in the back – being very narrow. But it does fit a quarter-sized cello (below) and plenty of groceries.

Something I really like is the huge hatchback door which allows easy access not only to the trunk but also to the back seats. The huge rear glass window is also useful for rear visibility and makes the back seats feel very “airy”. Halfway into my review and I have to say I’m really loving this Volt. We were stuck on the lack of room in the 2012 model I test drove and didn’t spend enough time considering the technology. The Plug-in Prius has shown us how not to do it. The Volt is actually quite the technological accomplishment – Chevy fit 2 separate drive trains into one car and have them work together fairly seamlessly. My family likes it too, requesting all week to taking the “new car” rather than the ‘old Model S’.