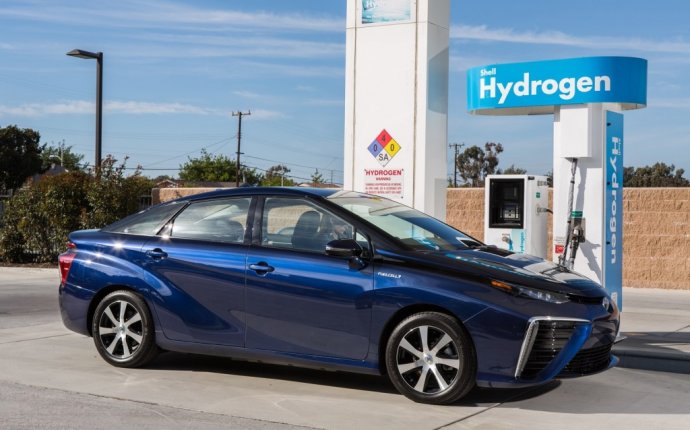 In May 2013, Kristen House, her husband and their three children packed up their Nashville, Tenn., home, strapped their Nissan Leaf to the back of the moving truck and hit the road to foggy San Francisco.

Whenever they’d stop somewhere, House would pull the Leaf off the moving truck and the family would drive it around town, running errands or grabbing a bite to eat. They even zipped around the Bonneville Salt Flats in northwestern Utah with the electric car.

With a range of 60 to 100 miles on one charge, it was too much of a risk to drive the car out West like a traditional gas car. During the trip, she said, they could go days without seeing an electric charging station.

“Nashville is actually really good, but the middle of the country, forget it, ” she said. “We would do a happy dance if we found a charger.”

House said she expected it to be easy to charge up the Leaf once the family arrived in San Francisco, but the family lived in an apartment building and found that most charging stations were in parking garages where you had to pay not only to park, but also to charge.

Then the family moved to the South Bay Area, and charging its electric vehicle became a whole lot simpler. “It’s kind of a mecca for electric cars, ” House said, laughing. “There are chargers everywhere.”

In some places, like parts of the San Francisco Bay Area, with solo-driver carpool lane incentives, gas savings and adequate access to a charging station, owning an EV makes economic and practical sense, but that isn’t the case around the country. Nationwide, about 10, 000 publicly available EV chargers compete with about 114, 000 gas stations, according to Department of Energy data.

And the charging struggles that House and her family have encountered with their EV mirror what many in the industry see as one of the biggest barriers to mainstream growth—there remains nearly a complete lack of charging in areas that aren’t big EV markets, making things like road trips nearly impossible. In urban areas like New York City, where multifamily homes are common, home charging may not be easy, and in many places where public charging is available, it can be hard to access or to use.

“I think one of the biggest challenges facing the industry is how to get charging infrastructure, ” said Cal Lankton, director of global EV infrastructure for Tesla Motors, speaking at the EVs and the Grid Summit in Los Angeles last week. “The challenges we face in driving sales—multi-unit dwellings, driving habits and infrastructure needs—they are challenges all around the U.S. We have to adopt our infrastructure policy to meet the needs of consumers.”

In March of this year, the House family moved further into the EV culture. The family opted to lease an all-electric BMW i3, which House, who works as a content designer at PayPal, often drives to work. In addition to charging at home, her workplace offers charging, and about once in every three days, she’ll charge her car for two to 2 ½ hours for 75 cents an hour.

“I love that there is always a parking space for me everywhere I go reserved for EV charging, ” she said. “I love that I can drive in the carpool lane. There is nothing cooler than zipping past all the suckers in their gas cars.”

Still, she says, there are some challenges to owning an electric vehicle.

With the charge ranges what they are now, she said, the EV really is a secondary car. The family also owns a gas-powered minivan, which House jokingly says she “hates driving, ” but it is useful for longer trips and carting the kids around.

“If you only have 60 to 100 miles to a charge and need to charge for 2.5 hours, it’s not a long-distance solution, ” House said, adding that with the Leaf—if she could find a charger—she could get an 80 percent charge in less than 30 minutes at what’s called a direct-current fast-charging station, or a DC fast charger. However, the technology is not compatible with the BMW i3. “The trouble is, those are fewer and farther between than you’d expect. You’d think they’d be everywhere, ” she said.

As policymakers and environmentalists in California and beyond push for EV adoption as a way to clean up air pollution, reduce emissions and fight climate change, multiple strategies to grow charging infrastructure in a fast, sensible way are being used, including offering rebates for equipment and asking utilities to foot the bill.

Utilities get into the act
Coming in right behind the San Francisco Bay Area, Los Angeles has the second-largest number of electric vehicles on its roads as well as charging stations in 2014, according to a list compiled by ChargePoint, which is the world’s largest EV charging network.

The stipulations for the rebates have undergone changes over the years, but today, for example, in order for a business to take advantage of the commercial rebate program, all it has to do is have a parking lot with at least five spaces. More spaces will qualify the business for more rebates.

“The reason for the commercial rebates are that we’ve seen such a void in public charging, ” said Marvin Moon, director of power engineering for LADWP. “Imagine if the only gas station you had access to was your house.”

Before the program expires at the end of this year, Moon said, LADWP will roll out another rebate program with additional incentives for commercial properties.

In Southern California, Los Angeles is just one city in a sea of many, and Moon said it has been a challenge to have a dozen separate municipal utilities approaching EV infrastructure in different ways, but he said the utilities are increasingly collaborating. A working group has been formed specifically on EV charging.

With the California Public Utility Commission’s December ruling lifting restrictions on investor-owned utilities from investing in EV infrastructure, Moon said that could be a game-changer.

Moon said the hope is that their contributions will drive further investment.

“We want L.A. to be an example, and that requires that visibility, ” he said, adding that he sees the biggest hurdle to greater EV adoption as a lack of education and outreach to people. “Public infrastructure is almost a billboard. It demonstrates confidence that I can buy an electric vehicle.”

Getting ahead of the charge
Thousands of miles away in the Kansas City metropolitan area, another utility is pouring its own money into a vehicle charging station network. The hope is that—like the proverbial baseball stadium—if they build it, more electric cars will come.