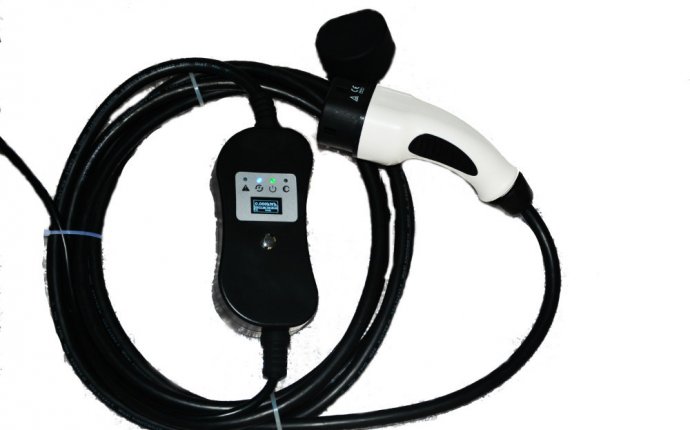 Driving an electric car has a lot of upsides: A quiet, smooth ride. Tons of torque for great acceleration. No gas to buy, access to the HOV lane, and that warm, fuzzy feeling you get knowing you aren’t burning fossil fuels.

But charging the damn thing sure can be a pain. If you want to plug in anywhere but your garage, you’ve got to there’s a charger wherever you’re going, and hope someone isn’t using it when you need to (fat chance).

That just got a whole lot easier for people who drive their Nissan Leaf, Tesla Model S, or Fiat 500e to work at LinkedIn every day. The company is providing EV chargers on wheels, an interesting idea that eliminates two things that make charging such a hassle.

The first is infrastructure. There are some 26, 000 charging stations in the US today. There would be a lot more if installing them didn’t require the expense and annoyance of tearing up concrete, stringing lines, and getting all the right permits. And then there’s the risk of going to all that trouble and having too few drivers plug in to make it worth the effort.

The second is the fact chargers would be a whole lot more useful if the cars using them moved on as soon as they were charged. Too often, they just sit there, because the person is off working or shopping or doing whatever.

The Mobi Charger solves both problems. The gadget, made by a Bay Area startup called Freewire, resembles a bulked-up ice cream cart packing 48 kWh of juice instead of Fudgsicles. It can charge a car in as little as 30 minutes, and works with any plug that isn’t a Tesla plug. (Sorry, Model S drivers. Blame Elon for insisting on a proprietary plug.) And bringing the eco-thing full circle, the Mobi cart uses batteries pulled from old electric cars—Freewire’s getting them from Nissan for the moment, and is talking to BMW and GM.

This week, Freewire launched a three-month pilot program at LinkedIn’s Mountain View campus. Instead of plugging into a permanent station connected to the grid, employees can park wherever they like. Fire up an app, enter your location and when you need the car charged, and walk away. Mobi does the rest. An attendant rolls up with a Mobi, plugs in and that’s that. It’s “charging as a service, ” says Arcady Sosinov, Freewire’s CEO.

Wheeling these little things around gets across some of the logistics and capital costs. Greg Dalton, founder of Climate One

“It’s an interesting idea, ” says Greg Dalton, founder of Climate One, an arm of the Commonwealth Club that focuses on energy issues. “Breaking concrete is a drag. It’s messy, it’s expensive, it’s noisy … Wheeling these little things around gets across some of the logistics and capital costs.” It solves the fixed parking space problem, and provides a market for aging batteries that can still be useful.

The big problem for Freewire will be providing a service at a price that returns a profit. It saves money by eliminating construction, but the human attendant is an extra cost. “The business for charging is crappy, ” Dalton says. “Drivers want charging everywhere, but they only want to pay for it when they use it. And they don’t like to pay subscription services, which the companies need to get steady revenue.”

Freewire, which is making the Mobi Chargers mostly by hand in Oakland for about $25, 000 a pop, has another business model to rely on if the cars thing doesn’t work out. The “Mobi Gen” uses old EV batteries to replace diesel generators at special events. In a few weeks, Freewire’s going to deploy it to help light an exhibition soccer match at the Rose Bowl Stadium, and then a Kenny Chesney concert a few days later. It’s not as exciting as powering cars, but it’s got lots of appeal for event managers who don’t like the noise, smell, and expense of burning diesel to provide power, Arcady says. “That’s the market with a ‘b” after it.”