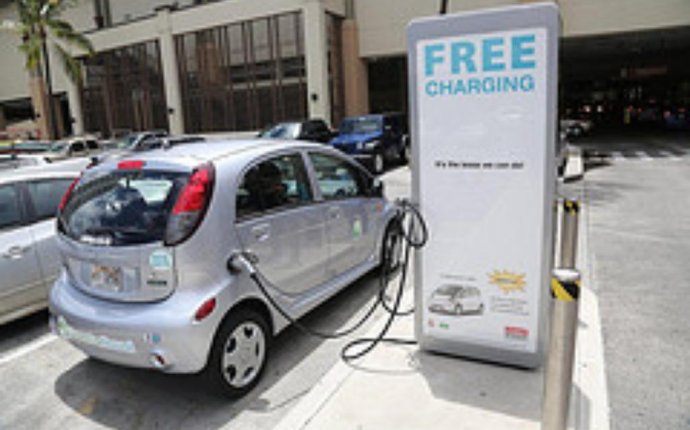 The most sophisticated charging systems monitor battery voltage, current flow and battery temperature to minimize charging time. The charger sends as much current as it can without raising battery temperature too much. Less sophisticated chargers might monitor voltage or amperage only and make certain assumptions about average battery characteristics. A charger like this might apply maximum current to the batteries up through 80 percent of their capacity, and then cut the current back to some preset level for the final 20 percent to avoid overheating the batteries.

Jon Mauney's electric car actually has two different charging systems. One system accepts 120-volt or 240-volt power from a normal electrical outlet. The other is the Magna-Charge inductive charging system popularized by the GM/Saturn EV-1 vehicle. Let's look at each of these systems separately.

The normal household charging system has the advantage of convenience - anywhere you can find an outlet, you can recharge. The disadvantage is charging time.

A normal household 120-volt outlet typically has a 15-amp circuit breaker, meaning that the maximum amount of energy that the car can consume is approximately 1, 500 watts, or 1.5 kilowatt-hours per hour. Since the battery pack in Jon's car normally needs 12 to 15 kilowatt-hours for a full recharge, it can take 10 to 12 hours to fully charge the vehicle using this technique.

By using a 240-volt circuit (such as the outlet for an electric dryer), the car might be able to receive 240 volts at 30 amps, or 6.6 kilowatt-hours per hour. This arrangement allows significantly faster charging, and can fully recharge the battery pack in four to five hours.

In Jon's car, the gas filler spout has been removed and replaced by a charging plug. Simply plugging into the wall with a heavy-duty extension cord starts the charging process.

In this car, the charger is built into the controller. In most home-brew cars, the charger is a separate box located under the hood, or could even be a free-standing unit that is separate from the car.