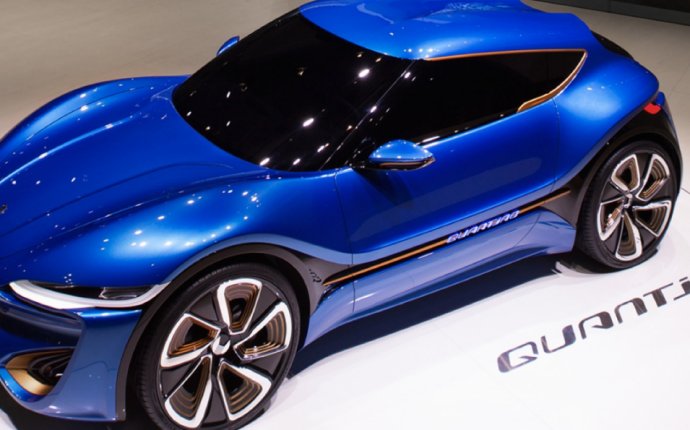 Editor's note: This article has been edited to reflect updated information on the Nissan Leaf.

One advantage of comes from the huge available infrastructure: We have electric plugs just about everywhere. There are many more electric plugs than even gasoline stations.

So charging an electric car should be easy; just plug it into the nearest outlet.

And it is that easy, almost. Your standard home outlet in the US offers 120 volts of alternating current (AC), with a circuit breaker rated at 15 or 20 amps. Most electric cars I have seen come with a cable adapter for that outlet, a grounded three-prong plug on one end and a on the other. The J1772 plug was specifically designed for electric car charging.

Problem is, given a typical electric car like the, it can take 15 hours to charge the battery from empty to its EPA-rated 75-mile range from that standard household source.

Most plug-in cars have a J1772 port, letting them plug into public charging stations. Josh Miller/CNET

If you want to add more juice in a shorter amount of time, there are a couple of options. A Level 2 charging station plugs into the car's J1772 port, draws 240 volts with 30 amps current, and can take the Leaf from 0 miles to full range in 4 hours if the car is equipped with the optional 6.6 kilowatt onboard charger. The other option is a DC fast charger, sometimes called Level 3, drawing 480 volts, which takes the Leaf from 0 to 80 percent of its charge in about 30 minutes.

These charging options are more high-tech than a simple wall outlet. The plugs include pins for data, letting the charger communicate with the car. This communication channel lets the car tell the charger how much electricity it wants at any given time during the charging cycle, helping preserve battery life and prevent overheating. Note that I've been hedging the numbers here quite a bit. There are a lot of factors that affect electric vehicle charging, such as external temperature and the quality of the electricity output. Charging times will vary depending on these conditions.

Level 2 charging
The majority of public stations are Level 2 chargers. You find them in special electric-vehicle parking spots in garages and other facilities. The Plugshare Web site shows an extensive list of charging station locations throughout the country. Some of these charging stations cost money based on amount of time, some per amount of electricity, and some are completely free to use. However, most are run by a charging system network, such as ChargePoint or SemaConnect. You may need an account with the charging network to use the station. Plugshare's web site and app offers details on cost and network requirements.

Although the 8 hours it takes to charge a car such as the Nissan Leaf to full from one of these stations is probably longer than you would spend shopping or having lunch nearby, consider that you probably won't arrive with a completely dead battery. The 10 extra miles of range you get while plugged in might be just enough to combat range anxiety.

More importantly, you can get a Level 2 charger installed in your garage. The electricity needs of this type of charger are similar to that of a major home appliance, such as a clothes dryer. If your home's wiring can handle the dryer, it should be able to handle the charging station.

Home improvement and electronics stores also sell Level 2 electric-vehicle charging stations. Home Depot, Lowes, and Best Buy all have offerings from manufacturers such as Siemens, GE, and Eaton. Depending on your home wiring, installation can be as simple as hanging the charging station on the wall and plugging it into a 240 volt outlet. Your electric car likely has the ability to control at what time it charges. You can park the car, plug it in, but have the actual charging set for the middle of the night, when electricity rates are lower. Every morning, your car will have a fully charged battery, with maximum range and ready to go.

Level 3 charging
Now things get a bit messy, as there are competing standards for Level 3 or DC fast charging. First, the electricity draw of a fast charging station is so high that very few homes are likely to support one. They need a 480-volt source that can support current of 125 amps, a draw that will dim the lights in an average residential neighborhood. These stations are meant for a quick recharge when you are out and about. And the reason they generally only charge a car up to 80 percent is an intentional design to protect the battery, which can lose capacity from this type of charging.

Many Nissan Leafs include two charging ports, one J1772 and one CHAdeMO. Josh Miller/CNET

Nissan Leaf and owners will be familiar with the, a standard developed and favored by Japanese automakers and the Tokyo Electric Power Company. The CHAdeMO plug is a sizable piece of equipment, and requires a separate port in the car. The Leaf puts its J1772 and CHAdeMO ports side-by-side in front of the car, while the Mitsubishi has separate J1772 and CHAdeMO ports on either side of the i-Miev.

CHAdeMO's big advantage at this stage of the game is that it can boast the largest number of cars on the road and charging stations. Counting against it is the large, industrial-looking plug, requirement for a separate charging port, and its name, which does not lend itself to easy spelling or pronunciation.

A competing DC fast charging standard just beginning deployment is called . From a design standpoint, the Combo standard looks more elegant than CHAdeMO, as it merely adds two pins to the J1772 plug. The same port in the car can serve for Level 2 or Level 3 charging, the latter using the same J1772 pins for data communication, and the extra two pins for the high-amperage DC current.

As of this post, only two cars, the and the, have J1772 Combo ports and capability. Likewise, the only public Combo station you are going to find is in San Diego. German and US automakers are leaning toward the Combo standard, and the need for only one charging port in the car is a big advantage. Whether Combo deployment can catch up to CHAdeMO remains to be seen.

Tesla
Having developed its own charging system, Tesla is a bit of an outlier. The proprietary plug for the has a slim design even more elegant than the J1772 standard. The nice thing about Tesla's charging system is that the plug supports everything from a household outlet AC trickle to the Niagara Falls flow of electricity from one of Tesla's, special high-voltage charging stations that only work for the Model S.

Tesla offers customers its own version of Level 2 charging for the home. Tesla

The proprietary nature of Tesla's charging system is problematic for the spread of electric cars as a whole, in that it further fragments charging infrastructure. However, Tesla provides adapters for the J1772 plug, 240-volt household plug, and standard 120-volt household plug, letting Model S owners use public Level 2 stations. The Model S won't be compatible with either CHAdeMO or Combo stations, unless Tesla can come up with an adapter for those types of plugs.