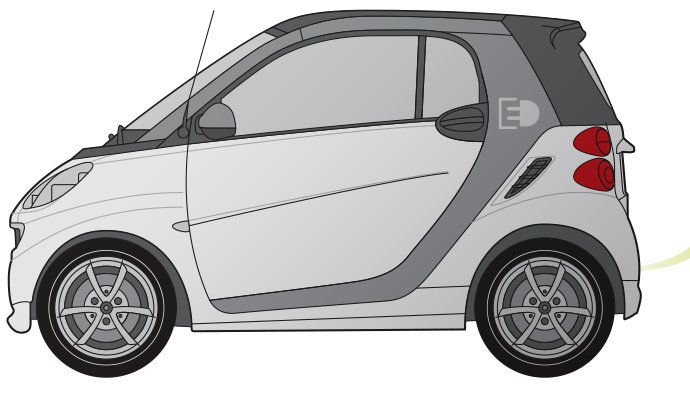 Following the cessation of production of the current (third) generation of the smart fortwo electric drive, the fourth series of the agile urban hero is set to appear in 2017. With the introduction of the new generation, smart is making its entire range electric. In addition to this two-seater, the manufacturer also offers a four-seater and a convertible model. As usual, the new smart generation of the smart fortwo electric drive has a battery capacity of 17.6 kWh. The maximum speed of 125 km/h has remained unchanged, while the standard 11 kW on-board charger is a new feature. Just as with the 3.3 kW third-generation on-board charger, there is the option of increasing this to 22 kW. Daimler has also tweaked the driving range: the new model can now cover 160 km as compared with its previous range of 145 km. Factors such as driving style, season and use of the air conditioning system affect the driving range to a considerable extent. You can charge the car using a type 2 plug or it can be charged at 2.3 kW with a mode 2 charging cable via a separately fused domestic socket. For safety reasons, however, you should avoid doing this in the long term, since charging your car from a domestic socket will place the maximum load on the socket for approximately 8 hours. Depending on the on-board charger you have selected, you can use the charging station to charge your smart electric drive not only safely, but also four to eight times more quickly than at a domestic socket.