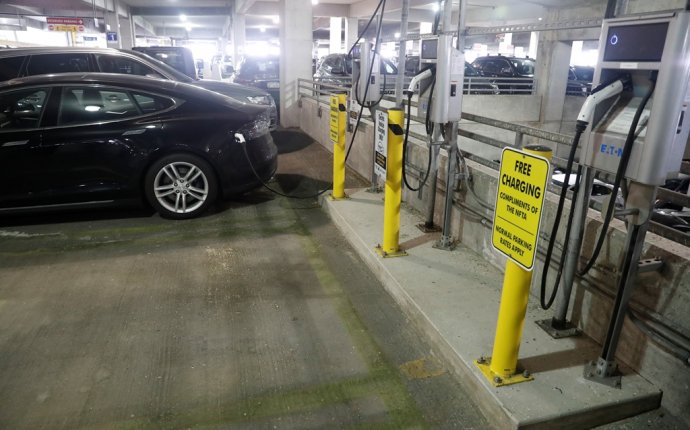 A decision adopted today by the California Public Utilities Commission would result in the nation’s single-largest deployment of charging stations for electric vehicles (EVs). The decision builds upon a settlement agreement supported by a diverse coalition of environmentalists, automakers, labor unions, EV drivers, social equity advocates, and EV charging companies.

In combination with similar charging station programs the commission authorized earlier this year for Southern California utilities, today’s decision will help California meet its goal of deploying 1.5 million EVs by 2025 and challenge the monopoly enjoyed by Big Oil for far too long. It’s also in line with laws recently enacted in California and Oregon that direct utilities to electrify the transportation sector.

Under today’s decision, one of the nation’s largest utilities—Pacific Gas and Electric (PG&E)—will deploy approximately 7, 500 in northern and central California over three years, and use the lessons learned to improve future, larger scale deployments needed to comply with state law. This is in addition to the approximately 5, 000 EV charging stations to be installed over the next several years by Southern California Edison (SCE) and San Diego Gas & Electric (SDG&E) in programs approved earlier this year.

All three programs aim to educate customers as to the benefits of driving on electricity and fill a need for charging infrastructure at workplaces, apartment complexes, and other locations where cars are parked for most of the day. This combination should tap pent-up demand for EVs outside of single-family homes, increase the number of miles driven on electricity, and ensure that cars are plugged in when solar and wind generation peak.

By increasing access to reliable and affordable charging stations, the program promises to deliver Californians cleaner air and cheaper fuel. By matching EV charging to hours of the day when wind and solar generation are plentiful, the program will also lower the costs of meeting California's goal of procuring at least half of its electricity from renewable resources by 2030.

Just like in trial courts, if consensus can be reached between interested parties on matters before the Public Utilities Commission, those parties can propose a deal that, if approved by the court (or in this case, the commission), avoids the need for a long and adversarial process.

Today’s decision did not adopt the proposed settlement wholesale, but approves a program built upon it, with a reduced budget ($130 million in lieu of the proposed $160 million) that combines elements of both the SCE and SDG&E EV charging station programs also approved with modifications by the commission earlier this year.

Under this hybrid-model, PG&E will own and maintain charging stations installed by qualifying third-party vendors in the most underserved markets—multi-unit dwellings (apartment complexes and other non-single family homes) throughout PG&E territory and workplaces located in disadvantaged communities (identified by California’s “Enviroscreen” mapping tool). At workplaces located outside of disadvantaged communities, PG&E will not own or maintain the charging stations, but will provide supporting electrical infrastructure (from the power line to the charging station) and will offer rebates for employers to purchase charging stations from a list of pre-qualified vendors.