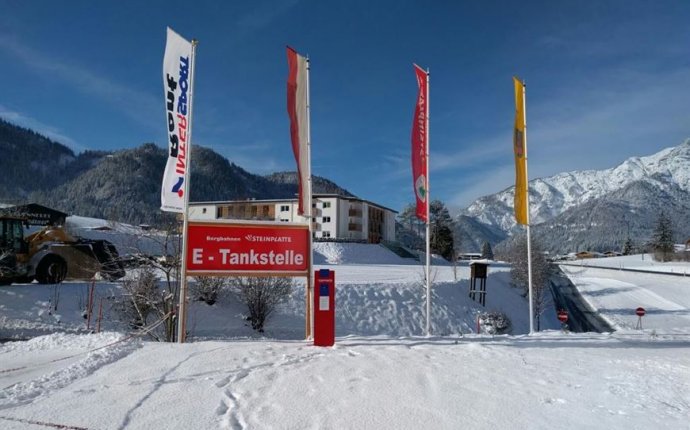 The Courtyard by Marriott hotel on Kanawha Boulevard, where electric car company Tesla has “had conversations” with the property owner about installing a charging station.

You can’t buy a Tesla vehicle in Charleston, but you might be able to charge one up soon.

Representatives of the Palo Alto-based company, best known for its electric cars, have “had conversations” with a local property owner about installing a charging station at the confluence of the Kanawha and Elk rivers.

“As of right now, that’s all they are — conversations, ” said Charlie Wendell of Mountain Shore Properties, which owns the Courtyard by Marriott hotel at 100 Kanawha Blvd. E., where the station would be located.

Wendell said further inquiries would have to be directed to Tesla, where representatives did not respond to questions about a possible Charleston station.

Out of more than 800 Tesla charging stations nationwide, the only one is in West Virginia — at the Hampton Inn in Triadelphia, off Interstate 70 in the Northern Panhandle. That station opened in 2014. For now, the closest charging station to Charleston is in Wytheville, Virginia, a two-hour drive away, according to the company’s website.

Tesla charging locations are a part of the company’s Supercharger Network, which have chargers near major corridors and various amenities, according to the company’s website. Superchargers replenish up to 170 miles of range in 30 minutes.

All Tesla Model S and Model X drivers can charge their Tesla at any Supercharger. No other electric vehicles are capable of charging at these stations.

Even if Tesla drivers get a charging station in Charleston, they’ll still have to buy their vehicles elsewhere. In 2015, state lawmakers passed and Gov. Earl Ray Tomblin signed a bill that prevents direct-to-consumer car companies, including Tesla, from opening stores in West Virginia. The bill emerged from a state Senate led by Mercer County car dealer Bill Cole, although Cole said he had no involvement with the anti-Tesla bill and did not vote on it.

Before that, West Virginia law already prevented residents from buying cars from manufacturers that bypass dealerships and sell directly to consumers.

Tesla CEO Elon Musk said the company’s Model 3 vehicles, which will go into production soon, will be easier to make than current models, and will cost about $35, 000 each.