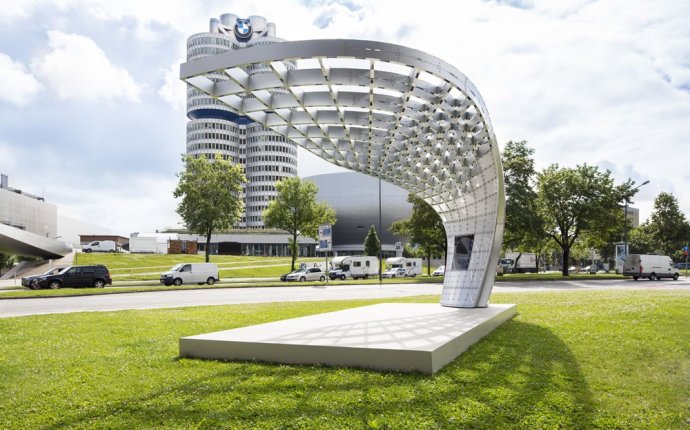 One of our customers, who has a Volt, tells his story:

I drive from Londonderry, NH to Methuen, MA for work, Monday thru Friday. It’s approximately a 37 mile round trip; the Volt will go approximately 40 miles on 10kWHr of charge. As a result, I’ve been driving the Volt to and from work without using any gas.

The PV Solar Panels on my roof produce 4kW of power in full sun. So if the sun shines on my roof for 2.5hours, that produces 10kWHr of energy which is enough to drive the car for 40 miles! On average our PV system produces 18.9kWhr/day. If you use all that energy to charge the Volt you could drive 75 miles per day with zero fuel expenses.

I couldn’t be happier, because in all honesty, I hate giving my money to the oil companies. Not only do I get to save money and help the environment, but I get to drive a really cool car! Everybody who takes a ride in it says it’s like a space ship. But the Chevy Volt is not rocket science. It’s like any other regular car, only much more efficient. So far, I’ve driven 7, 000 miles and the lifetime fuel economy is 107mpg.– Evan Sohm, Londonderry, NH

Why Drive An Electric Vehicle (EV)? The return of the electric vehicle ushers in a new era of transportation, where we can finally sever ties to dirty, finite fossil fuels and get where we need to go with clean power from the sun.

Is an EV as Safe as Other Cars?

Despite sensational stories in the media, electric cars are as safe as other cars on the road. The National Highway Traffic Safety Administration (NHTSA) performed has performed rigorous testing on the Chevy Volt and determined “NHTSA is not aware of any roadway crashes that have resulted in battery-related fires in Chevy Volts or other vehicles powered by lithium-ion batteries” (Source: NHTSA).

While battery technologies certainly introduce new safety issues that need to be considered carefully, they are not inherently any more or less safe than gasoline or diesel powered vehicles. Indeed, modern electric vehicles are considerably safer than older combustion engine vehicles that don’t include the latest safety innovations such as multiple airbags, safety cages, antilock brakes, and stability control.

Should I Buy Now or Wait Until EVs Get Better?

Undoubtedly, electric cars will become more efficient in the future, just as the cost of solar electric systems will continue to decline. However, this does not mean you should wait to buy!

There is the property of time to consider with an EV purchase – the sooner you install solar electricity, and the sooner you start driving an electric car instead of a gasoline one, the sooner you will be saving money and paying off your solar investment.

So, while future electric vehicles may get better range, you will have saved plenty of money by the time that happens.

So How Do I Get a Solar Charging Station?

A Level II electric vehicle charger consists of a wall-mounted, hard-wired EV charging station that delivers up to a 24 kWh charge in 4-8 hours. This is roughly half the time it will take to charge an electric vehicle with a 120V plug-in outlet charger.

A grid-tied solar electric system is the best way to put solar to work for your electric car. A grid-tied system will produce power whenever the sun is out, regardless of whether your house needs it that moment or not. So, if you are at work (and charging there!), the power generated at your home will be sold to the grid. You get that power back in the form of a credit, which you can use at night while re-charging your EV.

Ready to get started? Contact us for information on how to combine an electric vehicle and sunshine for carbon-free driving.

* Assuming all-electric driving, which is possible for some but not all Volt drivers. Our prediction is based on real-world data collected from a 2012 Chevy Volt, where we are able to achieve 40 mi driving radius on pure electric. The 20-year cost of energy on a 4.8kw solar electric system (as of Aug, 2012) is $0.08/kWh. The Chevy Volt’s battery pack is 16kWh and Chevy claims that up to 50% will be discharged in driving. 4kWh gets you 20miles, for a cost of $0.32, vs. the $3.60+ that will cost you in gasoline.